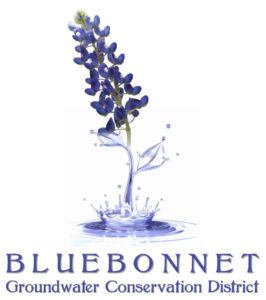 Not many folks can say they prepared for a job for more than 20 years. But Zach Holland, General Manager of Bluebonnet Groundwater Conservation District out ofBGCD_Logo Navasota, Texas, has been groomed for his job since an early age. Groundwater management is in his blood, literally. As a kid, Zach regularly tagged along with his father, Scott Holland, General Manager of Irion County WCD and Sterling County UWCD, and learned the techniques of the trade. When asked, Zach jokingly refers to those early lessons as an education in “fetching” – opening gates and retrieving equipment so his dad could conduct his work. But he acknowledges that the experience gave him a great foundation on the principles of groundwater management and water quality testing, helping to prepare him for his job today.

Zach’s love of water management led him to Texas A&M University, where he earned a bachelor’s degree in animal science and business and then a master’s degree in water management & hydrological sciences. His graduate research focused on a Carrizo-Wilcox Study ordered by Senator Ogden and highlighted the benefits and good works of groundwater conservation districts. Through that project, Zach was able to reach out to many districts and gain a greater understanding of groundwater management. While finishing up his graduate work, Zach started working as a permitting assistant at Bluebonnet GCD under then-general manager Lloyd Behm. When Lloyd retired from the District in 2010, Zach took over as general manager, and quickly became an asset for the District, the regional groundwater community, and TAGD.

To outsiders, Zach’s business and life philosophy can probably be summed up in one word: service. In addition to being active in his community, Zach jumped headfirst into volunteering at TAGD and serves on many committees, including the conference planning committee for the Texas Groundwater Summit. He sees the benefit that TAGD can provide new general managers like him, but also appreciates the benefits beyond the TAGD community, due to his passion for education and outreach. Zach also serves as a stakeholder on the Trinity & San Jacinto Rivers and Galveston Bay Estuary Basin and Bay Area Stakeholder Committee, as GMA 14’s representative to Brazos G Regional Water Planning Group, and as a member of the American Water Works Association. At TAGD meetings, Zach can always be seen helping, whether it’s providing technical support or arranging conference rooms. Former TAGD President Janet Adams (Jeff Davis County UWCD), who calls Zach TAGD’s “young gun” says he’s always available to help out, no matter what is needed.

In all, Zach tries to focus on the larger picture of groundwater management, while putting outreach and education at the forefront. As he says, “GCDs are tasked with managing the resource for yesterday, today, and tomorrow, all while maintaining fiscal responsibility. There is a need for education throughout the state to define and explain the variety and uniqueness of all the different groundwater resources in Texas. By working within our districts, as well as reaching out to neighboring districts and areas without a GCD, we will form the intricate relationships needed to improve understanding of groundwater conservation districts and their purpose. I also look forward to continued works with all state legislators to work, plan, and grow groundwater management into the future.”

Bluebonnet GCD encompasses Austin, Waller, Grimes, and Walker Counties. The district is fee-based, operating on production fees from approved permit applications, and does not collect a tax. Currently, the district has three employees, including Zach. Abby Paben serves as the district’s administrative assistant and Sidney Abney is the district’s part-time permitting assistant.

Like many districts, Bluebonnet works hard to provide community education on groundwater conservation districts, water resources, and the drought. Zach’s goal to reach everyone in the district and beyond has proven to be the District’s greatest current challenge. He regularly speaks at community meetings and events and on any given day you can be sure to catch him in the office, discussing groundwater management with area residents and interested citizens.

District at a Glance 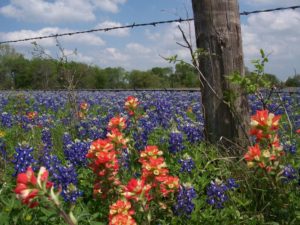 Boundaries: All of Austin, Grimes, Walker, and Waller Counties.

Board members: 16 appointed board members; one representing municipal, agriculture, industrial, and rural water supply interests from each county.

Meetings: Quarterly on the 3rd Wednesday of January, April, July, and October at 6:00 PM in the district’s board room at 303 E. Washington Ave., Suite B & C in Navasota, Texas.

Permitting: The district registers all wells within the district. Beneficial use that is not domestic, agriculture, or related to Railroad Commission drilling or mining is considered to be non-exempt. Non-exempt wells must be permitted and require submission of monthly production reports. Large wells (capable of producing more than 7,000,000 gallons/year) are required to complete a hydrogeologic study. This study serves to advance the district’s science-based knowledge of the aquifer and resources and demonstrates the influence of the well on its surroundings and availability of water.