Montgomery County is one of the fastest-growing counties in Texas, with over 160,000 new residents in the last ten years. People are drawn to this suburban area north of Houston for the beautiful towering trees, job opportunities, great neighborhood schools, and proximity to shopping and entertainment. Of course, all of those people and their favorite amenities require water!

Lone Star Groundwater Conservation District was created in 2001 to manage the groundwater in Montgomery County. The Chicot, Evangeline, Jasper, and Catahoula formations of the Gulf Coast Aquifer System underlie the county. The district is managed by Samantha Stried Reiter, who leads a staff of seven.

In 2015, a lawsuit was filed against the district challenging Lone Star GCD’s rules that required large volume pumpers to reduce their production by 30%. While that litigation was ongoing, the 85th Texas legislature passed a bill amending Lone Star GCD’s enabling legislation to shift from an appointed board to a seven-member elected board reflective of each county commissioner precinct plus additional representatives elected by the cities of Conroe and The Woodlands. After the initial elections in November 2018 and resolution of that litigation, the new board hit the ground running, assessing and overhauling the district’s regulations for the management of groundwater resources in Montgomery County in light of the ruling. The board has expressed a proactive commitment to transparency and public engagement, which is demonstrated through the district’s operations.

For permit-holders and other Montgomery County stakeholders, Lone Star GCD provides many opportunities to engage with the district – most of which can happen online wherever you are! Since 2011, the district has had an online permitting and well registration system attached to its interactive public map database. Users can register an exempt well, apply for a non-exempt well permit, view data for existing wells, and perform limited spatial queries. If a user wants to see if a permit is approved, they can watch the next board meeting online, too. Since late 2019, every board meeting is streamed online to increase transparency. This made the district particularly nimble in responding to the proliferation of online meetings with the COVID pandemic. In between board meetings, you can always see what Lone Star GCD is up to on social media – the district posts daily to Twitter and Facebook.

The district shares the value of water with even the littlest of Montgomery County’s groundwater users through the use of a mobile lab education trailer. The district takes that trailer to local schools and community events across the county. In this mobile classroom, district staff members lead students through lessons on the water cycle, rainwater harvesting, how an aquifer works, recharge, varying types of contamination, and the importance of conservation. Lone Star GCD also partners with Tinker Water Conservation Programs to offer water conservation kits and teaching materials to local schools. All of the district’s education programs are aligned with the Texas Essential Knowledge & Skills, or TEKS, the state-recommended educational guidelines for each grade level. 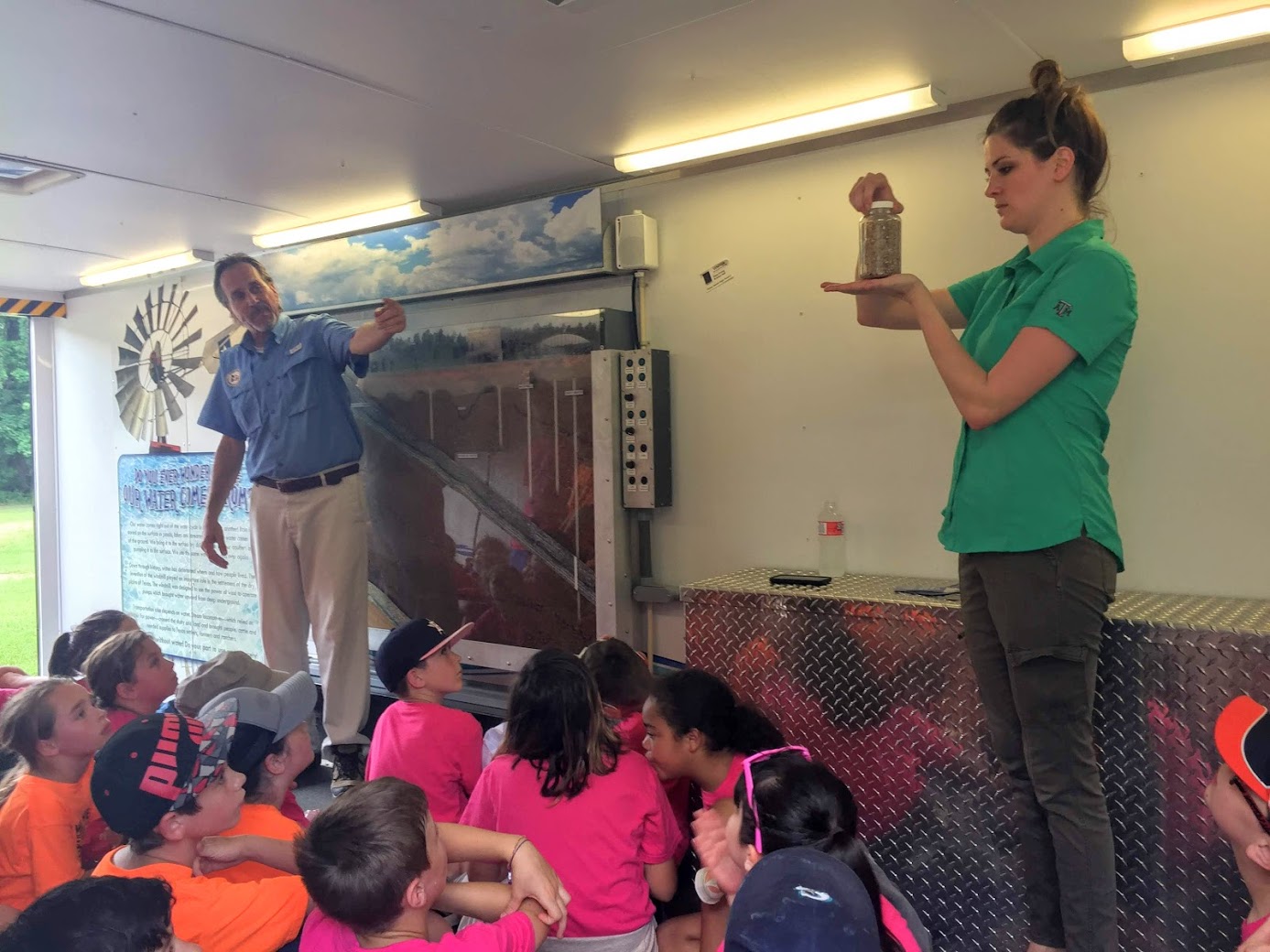 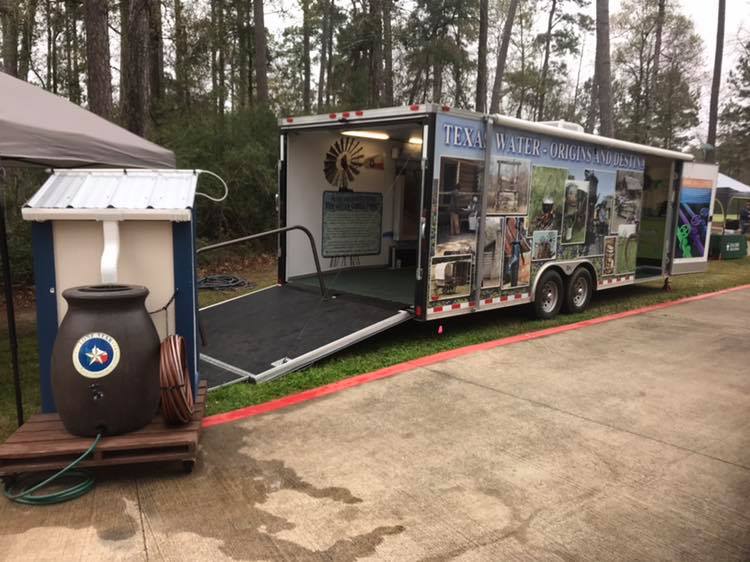 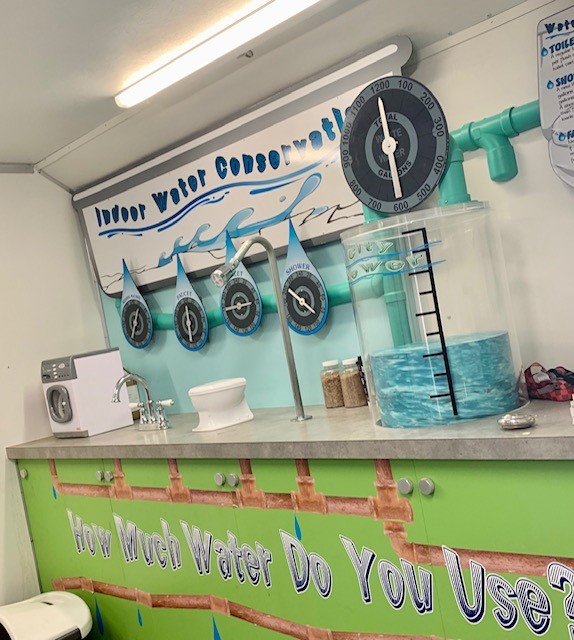 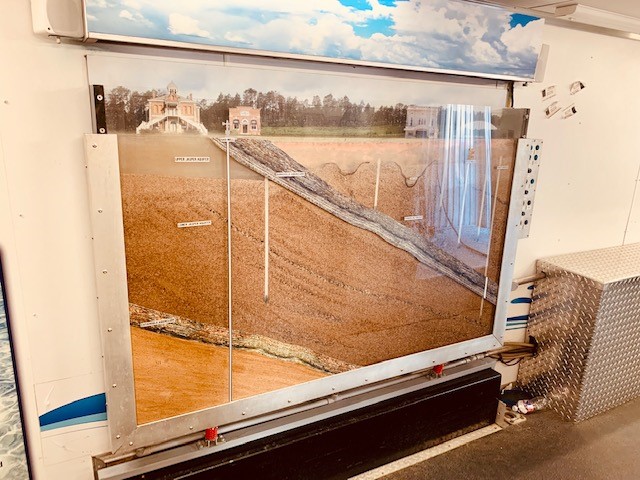 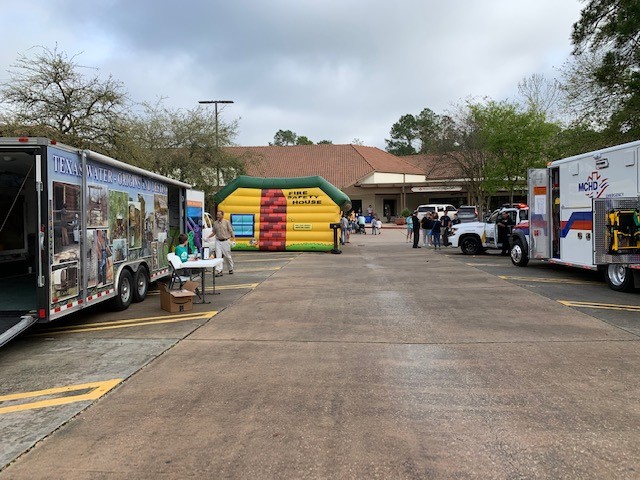 A 2007 graduate of Texas A&M, Samantha started her career at Lone Star GCD in 2010 as the receptionist and administrative assistant under then-general manager Kathy Turner Jones. Samantha discovered her passion in groundwater management and was promoted to permitting director and then assistant general manager before being named the new general manager in 2019 following Kathy’s departure.

As a young manager in the Texas groundwater community, Samantha has taken many opportunities to expand her knowledge and leadership skills. She is a 2015 graduate of Leadership Montgomery County, was a University of Texas Center for Public Policy Dispute Resolution Fellow in 2018, and recently graduated from the Texas Water Leaders program. According to Samantha, these programs have assisted her in utilizing her strengths and enhancing her personal growth to help her succeed as a leader. She believes her age and experiences make her more open-minded to changing policies and science since it is something her generation has seen quite a bit of. Her tenure with the district has shown her the importance of getting all parties to the table to work on water issues together.

When it came to reassessing the district’s management approach, the newly elected board held five town hall meetings in 2019 throughout the county to obtain valuable public input from stakeholders. In these meetings, attendees heard a presentation about the state of the district and had the opportunity to offer comments. The district then developed two committees to consider the feedback from the town hall meetings, review studies undertaken by the previous board, and study new information from the district’s consultants. This public engagement process culminated in new rules that were adopted in 2020. Lone Star GCD has continued to keep the public informed through a series of educational press releases designed to explain the district’s regulatory history and describe the changes in the rules.

As a result of the litigation, the major change in Lone Star GCD’s new rules is the repeal of the district’s rule that required large volume users to reduce production by 30%. In addition, the rules include a switch to perpetual permit terms, modified spacing rules, and permitting by aquifer.  The new well-spacing standards were adopted to help maintain water levels in existing wells and reduce interference between wells. In addition to the standard 50-foot buffer zone from property lines that is mandated from Texas Department of Licensing & Regulation, Lone Star GCD has also amended their rules to include spacing requirements designated by aquifer. Each non-exempt permit has a maximum allowable pumping rate and a permit’s rate is multiplied by 1, 1.5, or 2 feet (depending on aquifer formation) to calculate the well’s required spacing.

With respect to permit terms, the rules now provide for the issuance of permit by aquifer with a perpetual term. In the 2021 annual permit renewal cycle that just ended, permittees were asked to provide the aquifer from which each well is producing, the horsepower of each well pump, and the maximum pumping rate that the well pump is capable of producing. This information is helping the district manage groundwater resources by aquifer and implement the new spacing rules described above.

For anyone interested in diving into the details of the rule changes, you can view the press release series on the Lone Star GCD website here.

The district has a longtime partnership with USGS to collect and measure groundwater level data in roughly 170 monitor wells. As part of that interlocal agreement, the USGS also operates 12 real-time water level gauges throughout the county and two real-time shallow water level gauges in the Evangeline and Jasper outcrop areas.

Subsidence has long been a problem in the Houston area. Indeed, there have been – and continue to be – many research efforts focused on the issue of subsidence. For example, the USGS Texas Water Science Center collects, processes, and interprets groundwater-level and aquifer sediment-compaction data to understand the effects of groundwater withdrawal on land subsidence in the Houston-Galveston region. This work is done in cooperation with the Harris-Galveston Subsidence District, the City of Houston, the Fort Bend County Subsidence District, the Lone Star GCD, and Brazoria County GCD. However, the Lone Star GCD saw a need for more localized study and decided to commission the first-ever subsidence study solely for Montgomery County in 2019. According to General Manager Samantha Reiter, “the multi-phase study, when completed, will develop defensive and strategic monitoring, which will allow the district to better manage the groundwater resources for the county.” The study began with Phase 1 which compiled and reviewed information from previous studies as a baseline for the next phases. Currently the study is mid-way through Phase 2, which aims to assess the distribution and thickness of the clay layers within Montgomery County. Phases 3 and 4 will include site-specific recommendations and installation of additional monitoring devices, if applicable. The current timeframe for completion of Phase 2 of the subsidence study is August 2022 with Phases 3 and 4 to follow.