Check out the Texas Water Development Board’s drought-related website, www.waterdatafortexas.org, which provides the most comprehensive information available on the current and historical status of Texas reservoirs.

What is a drought?

The National Drought Mitigation Center (NDMC) at the University of Nebraska-Lincoln provides a helpful overview on drought and defines the term as “originat[ing] from a deficiency of precipitation over an extended period of time, resulting in a water shortage for some activity, group, or environmental sector.” It is not a term to be used in a vacuum, but instead considers regional attributes and social factors.

Drought is actually relatively common, but the extent of the drought conditions can vary dramatically. As summarized by the TWDB, drought typically has three phases:

In the 1950s, Texas experienced what many refer to as “the drought of record”. The state responded to the drought and its devastating effects by creating the TWDB in 1957. As described below, the current Texas drought has not yet surpassed the drought of the 1950s, but with the National Weather Service predicting the drought to continue or intensify in most areas, it is possible that this drought could become the worst one the state has seen since it started keeping records in 1895.

In 1999, the Texas Legislature created the Drought Preparedness Council, an interagency committee with the purpose of:

The functions, responsibilities, and duties of the Council are codified in Texas Water Code sections 16.055 and 16.0551.

According to the U.S. Drought Monitor, current drought conditions are as follows: 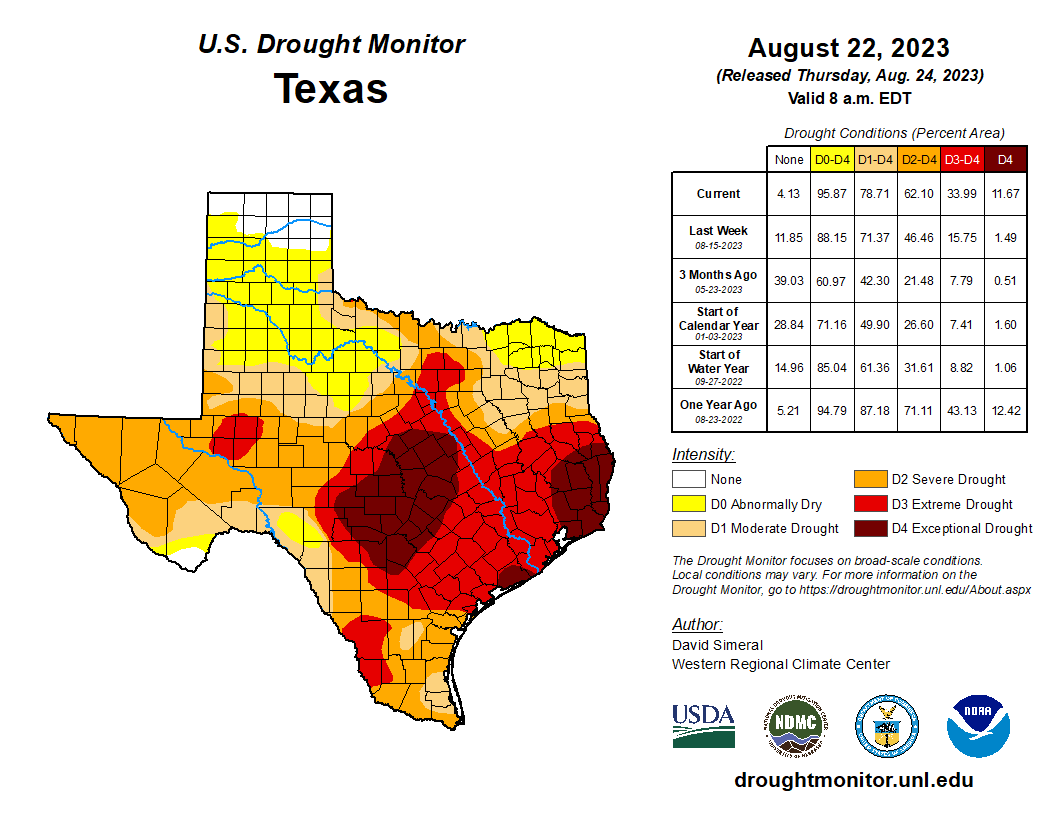 For more information, visit the specific drought indices and maps, found at the following locations: